In this article we will review Amped wireless routers. We will take a look at the Amped brand and see what makes their routers good choices for consumers. We will also compare a number of Amped router models to see which one offers the best combination of features and pricing to deliver the best overall value.

What Is Amped Wireless?

Amped Wireless specializes in making what it calls “long range wireless products”, meaning devices capable of supplying a strong and reliable WIFI signal to a much larger space than routers of just a few years ago.

Compliance with this standard is common amongst higher-end home and small office WIFI device manufacturers today, so as we shall see in discussing “high-performance” in any comparative sense amongst wireless routers, even within a brand such as Amped, you definitely have to look a little deeper than the surface performance metrics claimed by manufacturers to get a sense of the real-world performance any router may deliver.

As we indicated above, Amped Wireless has a kind of general spec philosophy that applies to all their wireless routers, which means these devices should be fast, capable of performing well in multi-stream, multi-user environments, and should be able to extend a solid WIFI signal over a larger area than what consumers with older routers might be used to.

As we see in discussing the product specs for specific Amped Wireless routers, the “AC” designation is used in the name of some of its products to identify compliance with the 802.11ac standard, as well as to give a prefix to what is called the “advertised speed” of the router.

Before we go further, it may be helpful to discuss the three main types of speed information you will encounter when considering a purchase of a new WIFI router.

In the 802.11ac standard, there are performances ratings for bandwidth and stream configuration that give consumers an idea of the relative speed and performance of different devices incorporating different levels of what are called “advertised” speeds: in other words, those speed claims manufacturers will place on the outside of their product boxes and in promotional material.

It is generally understood that the advertised performance metrics are never going to be met in real-word practice. This is true for a number of reasons, but the two main ones we will consider have to do with device “ceilings,” and real-world performance inhibitors or obstacles.

Lastly, in real-world situations, factors such as the distance between a router and the networked device communicating with it (the farther the distance generally means the weaker the connection and slower the speed) and physical obstacles such as walls or potential interference from other devices on the network all can noticeably and even drastically diminish real-world performance of a WIFI network.

Another thing that erodes WIFI network performance is the number of people and devices on the network, and that is an issue the 802.11ac standard addresses and which the better Amped wireless routers address in the multi-user technology they employ in their routers.

The technical term for multi-user multi-streaming capability is MU-MIMO, which stands for Multiple-User Multiple-Input Multiple-Output streaming. This is particularly important from a gaming standpoint, as this technology offers the promise of a lagless gaming experience, even on a user-dense multiplayer game. Basically, up to four independent streams of data can be simultaneously streamed on a MU-MIMO device without interruption.

In addition, most Amped routers come equipped with multiple high-power internal amplifiers and high-gain external directional antennas. This combination of technologies is intended to boost radio signals in the WIFI network and to reduce interference and increase the clarity and range of network signals.

In the past, Amped wireless routers generally were priced a little more expensively than competing routers. And in some direct performance reviews in the past, with older Amped models, one complaint was that while the Amped device was certainly a good performer, it was priced substantially higher than routers that actually performed better.

Over time, Amped address these concerns in two ways. Firstly, they redesigned their top-performing routers to give better performance for the money. Secondly, they dropped prices significantly on older, lower-performing models.

Generally, prices will be generously discounted for the more expensive models on most popular sites such as Amazon.

We picked a few similar products available on the market to see how they compare.

The Amped Athena R2 is the upgrade to older Athena model (reviewed just below). It has significant performance improvements and overall delivers an excellent value, especially at discounted prices. Both Athena models are rated AC2600.

The Amped Athena R2 is the high-end of the brand’s router offerings, and so is priced accordingly. The price rating is relative to the other devices in this comparison. You can usually find an Amped Athena R2 at places like Amazon or Walmart. At stores that discount less generously it will be higher.

Amped emphasizes the combination of its multiple and powerful signal amplifiers and its high-gain directional antennas in all its routers as a brand commitment to extending the range of home and small office WIFI networks. In the Athena R2 you get sixteen internal amplifiers (eight per frequency), and four external high-gain directional antennas. Most users report significant increases in the range and strength of their WIFI devices with this router.

Almost all performance reviews and customer reviews of this router note its superior ability to handle multiple user and multiple streams. This is due to Amped’s employment of MU-MIMO technology (described above) in this device, which combined with the excellent speed on the 5G network, gives outstanding no-lag gaming performance.

Security access and management with this device is fairly standard, meaning admins have controls over the extent and access to their network, and certainly that is not a bad thing, but one should in the current environment always assume any home network can be vulnerable to exploitation and regularly monitor who or what is using your WIFI.

One-year limited warranty. Thirty days on all refurbished products. This is the same warranty for all Amped wireless routers. 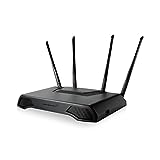 This is the older version of the Athena model R2, and while it offers very good performance, when it came out many people noted that it seemed overpriced, given that its competitors with better performance actually were priced significantly cheaper. This Athena model is usually discounted pretty heavily and if you find it at the lower price it represents a good value.

While you can find this Amped model router discounted in some places, at Amazon it is still selling for alot lower than its old list price, but is actually about the same as the newer, better, Athena R2.

As noted above, Amped’s commitment to providing the best WIFI range possible in a home or small office network is apparent in the Athena’s sixteen internal amplifiers and four external hi-gain directional antennas. This is basically the same configuration and performance as the R2.

While advertised speed is comparable to the Athena R2, this is where the R2 can definitely edge out its predecessor. For one thing, the Athena High Power (actually, the lower powered model in this comparison) has a dual-core processor, whereas the Athena R2 has a faster quad-core processor. Also, the R2 has a faster, better implementation of the MU-MIMO technology, and so the High Power, while it delivers a good gaming experience also, isn’t as reliable on that count as the R2.

Again, these are pretty standard for the industry. Some have noted this model of the Athena has an overly basic admin interface, but the controls are basically the same as the R2.

This is an older, lower-powered router that still offers good speed and range and has recently been discounted by Amped to a much more friendly price point. Naturally, it is also discounted online. If you want more speed and coverage but you don’t need a top-performing router, this might be your model.

As noted above, this product was recently discounted by Amped, and it is usually available heavily discounted even new. There are also many refurbished models available.

The Helios offers a range “extender”, which Amped claims can give coverage of up to 12,000 square feet. However, the Helios comes with only twelve amplifiers, not sixteen as in the Athena models, and it has only three directional antennas, not four as with the Athenas. So however the range may be with the Helios, it will lack the flexibility and capability of the more expensive and more powerful Athena models.

Since the Helios uses somewhat older technology, for example an older quad-core processor, a slower AC speed rating (2200), and a less robust implementation of MU-MIMO technology, it isn’t going to deliver as fast and reliable a gaming experience as the more expensive Athena models but will still be a good gaming router for most users, especially for ones who count saving on a discounted older router a win in itself.

Again, these are fairly standard features, including range and access controls as well as the usual admin management features. 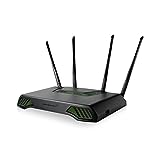 Again, this a less powerful Amped router, rated at AC1900, it will deliver lower overall speed performance than the other models reviewed here. It still offers good range and will provide at least some improvement for people replacing much older router equipment.

The Titan, even though it is less powerful than the other models in this comparison, is also the least expensive model.

The Titan employs fewer amplifiers than the Athenas, though it does have four directional antennas. In practice, many users report only moderate or few improvements of WIFI range with this model.

This is a slower router, and lacks a MU-MIMO chip, so gaming performance with this router is only marginally improved. If you need this aspect of your performance to be emphasized, you may consider paying a bit more to get one of the Athena models.

As a participant in the Amazon Services LLC Associates Program, this site may earn from qualifying purchases. We may also earn commissions on purchases from other retail websites. 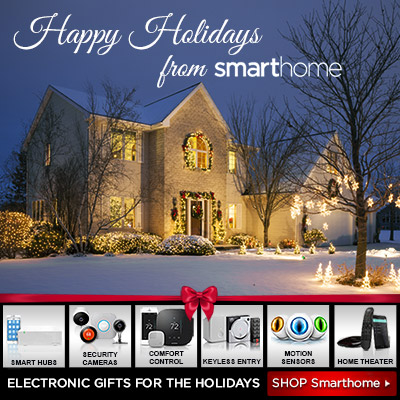